I design a lot of card games. They are pretty easy to prototype so I end up making a lot of prototypes. This increased volume makes any streamlining of the process quite useful.

On the card layout side I’m not really doing so well at streamlining. I don’t know or have Adobe InDesign and don’t feel like I can justify the subscription price. I use a Mac so nanDECK isn’t really an option. Paperize.io is nice and easy, but restrictive for designs that require specific layouts. I’m not familiar enough with Ruby to use Squib. JT from TheGameCrafter.com has talked about a program he has been designing that could be the solution for all of this, but it may never be released. Occasionally I’ll write a program to design my cards in Processing because it’s the only language I know, but that is rarely worth the effort.

So for the most part I design my cards super inefficiently in a graphics program, then put the image files into a 3×3 card grid in Pages to print them. Depending on how much control I need of text placement I’ll sometimes have the text as part of the image or use the image as a background and write over it in Pages. The latter makes iteration much easier. For very simple or early designs I’ll just type up cards in a Pages grid.

On the printing side I’ve been trying a few different things. I started with printing on standard copy paper and cutting the cards with an X-Acto knife and ruler. This worked alright, you could cut a stack of pretty much any size as long as you kept slicing, so it minimized the need to setup a new stack of paper. Drift could be a problem if the printing was off or if I couldn’t keep the stack from sliding. Also, I sliced my thumb open once and was pretty much done with that method. I tried a cheap rotary cutter, but it didn’t make straight lines and was useless. Working with standard copy paper meant I had to sleeve things or deal with very thin cards that are pretty transparent.

I was tired of sleeving so much paper so I started using exact index card stock (199gsm) and I bought a decent guillotine paper cutter and a corner cutter. This gave me pretty decent results with cards that could be shuffled reasonably well. Though they were still slightly transparent. Cutting consistently sized cards was easy with the paper cutter’s guide, drift was a bigger issue than when I was cutting by hand. Rounding the corners was a big improvement for shuffling. This is a good method. It works. You can improve it with better card stock and putting more money into a paper cutter.

But I hate cutting cards. I always saw perforated card stock for business cards and invitations and pretty much anything except 2.5” x 3.5” playing cards. It sure would be nice if I could just print my cards and rip them out while watching tv. No need to line things up or measure.

So we come to the reason I’m writing this post. I found a website that will make custom perforated paper, perforatedpaper.com. They offer a few paper stocks and you can customize how many sections the page is split into and how large the borders are. With the power of math I set up a page that would give me my standard 3×3 card page. I had it done on 80 lb Cover Stock (216gsm) which is slightly thicker than my previous card stock. The price drops the more you buy so I decided on 1000 sheets to test it out. With US shipping it costs about 1.5 cents per card. Which is about double what it would cost to buy regular card stock of the same quality on Amazon. So is it worth it?

The card stock itself is fine, as I said, slightly thicker than the other stuff I was using but nothing close to actual playing cards which are usually over 300gsm and have a core that adds stiffness and blocks light. The real question is if not having to cut was worth the price. 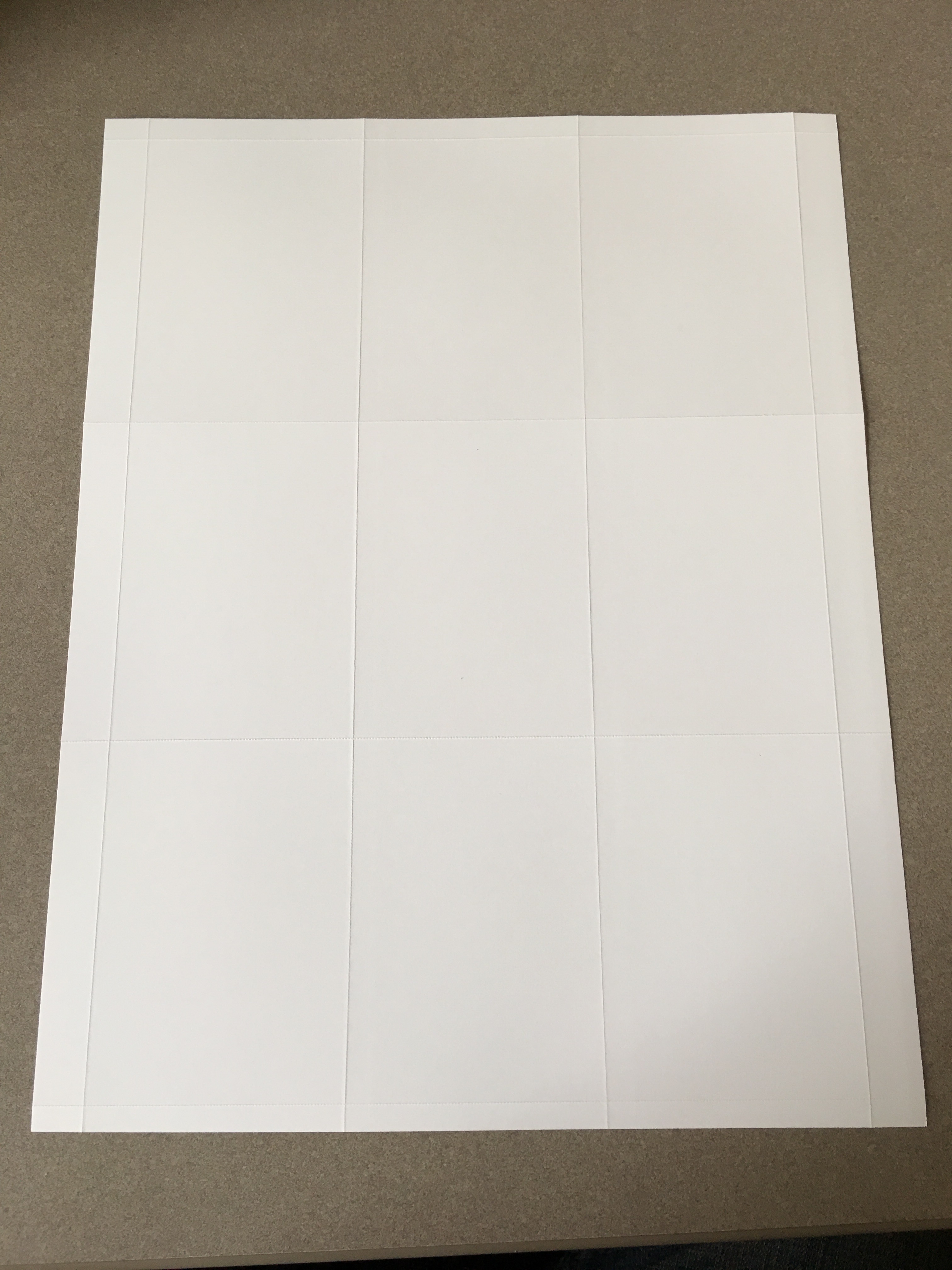 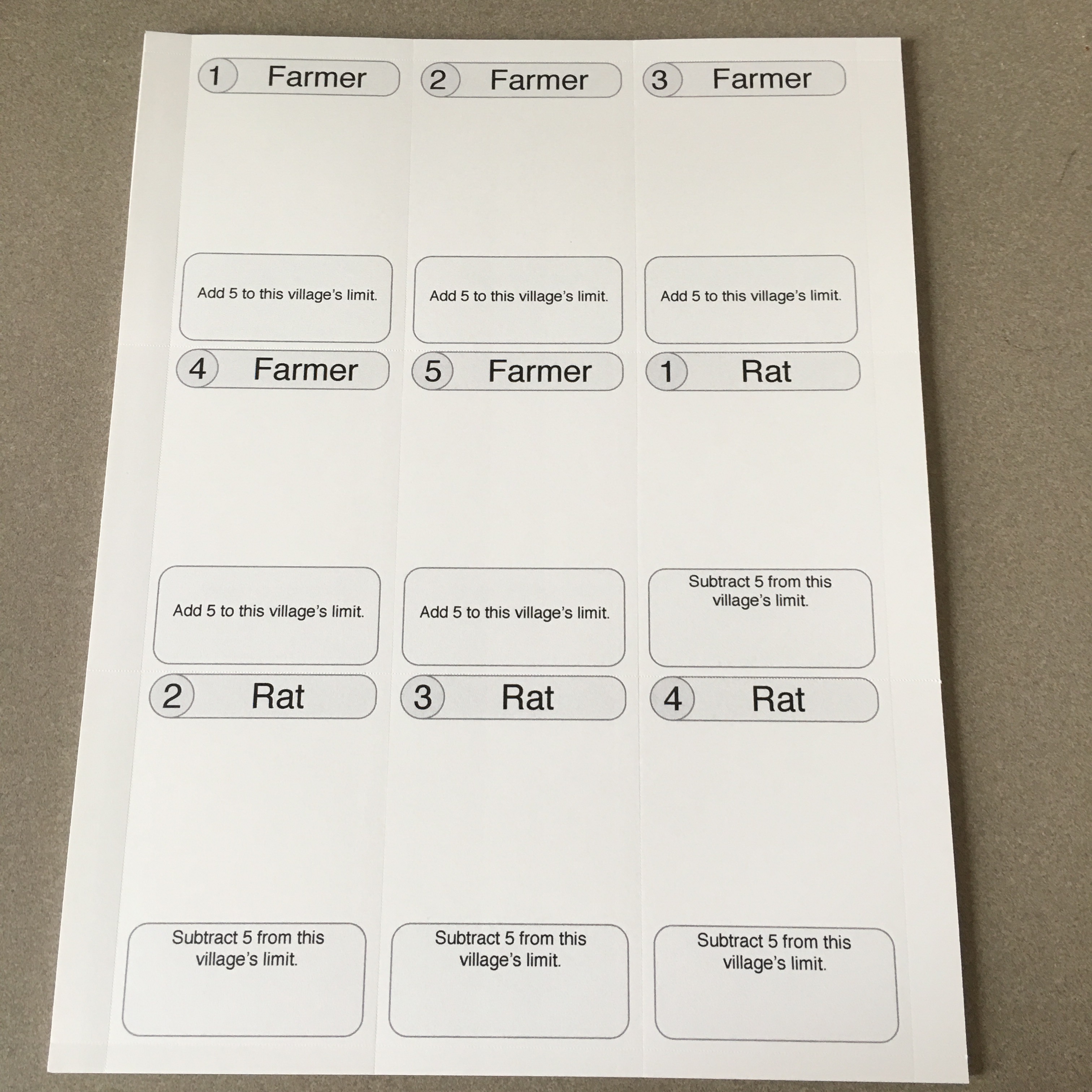 I’ve printed one prototype so far and ripping apart the cards was much faster and easier than cutting cards. It was also nice that I didn’t need a large paper cutter, so I could be doing this pretty much anywhere that had space to put finished cards and the border scraps. 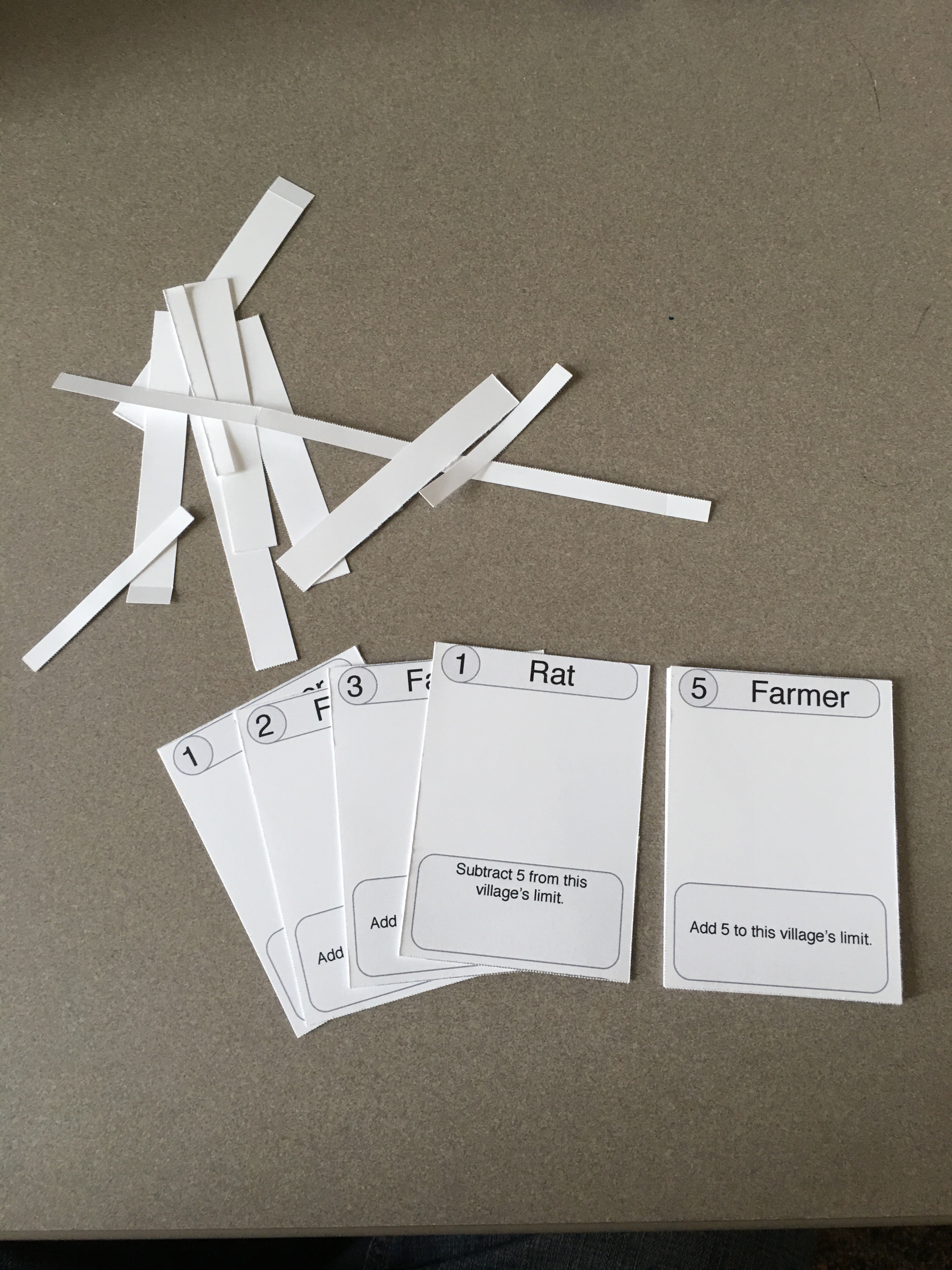 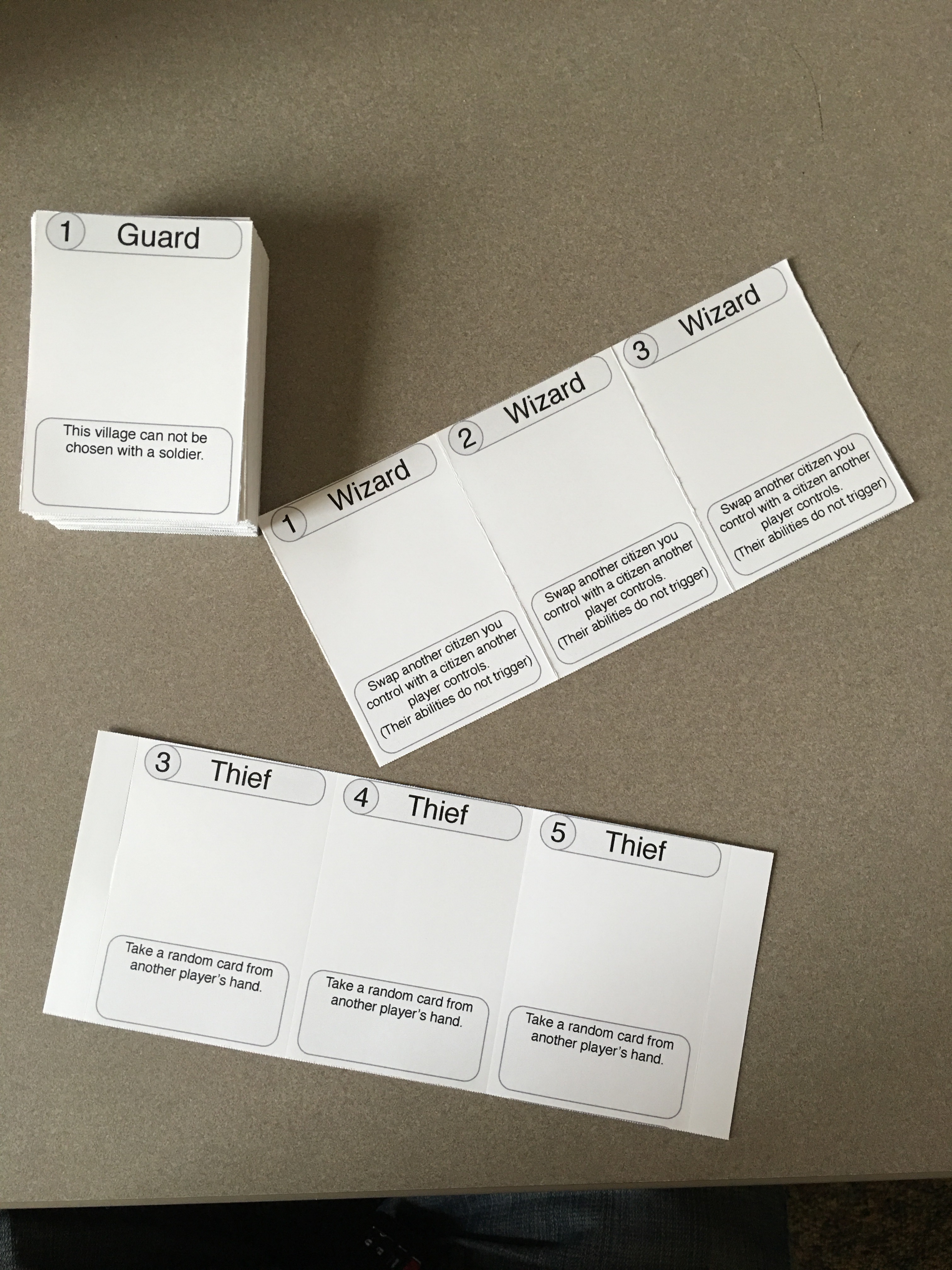 The down side is that the edges have that fuzziness of perforated paper instead of a nice clean cut. This makes shuffling not quite as nice. I also didn’t leave as much room as I usually do for drift and some images go a bit over the line, but that is my fault and not the paper’s. I used 10 sheets and only had one sheet where the perforation hadn’t been fully done, so some cards had to be folded and carefully ripped. I’m not sure if this will be a large issue with the rest of the sheets or the 1 in a 1000 mistake that I caught right away.

So is it worth it? Pros: Quicker to get from print to play. Less attention needed. No need for additional cutting equipment. Consistent size. Cons: Twice the price of regular card stock. Fuzzy edges. Some pages may not be perforated fully.

If you want to save some time and don’t mind fuzzy edges and a higher price you might want to check this out. I like it. I don’t regret buying the 1000 sheets and I’ll be using them for my future prototypes for a while. I’m not sure if I will buy anymore once I run out though. I’ll see how my work flow goes over the next few months, but it might be better to just spend my money on a really nice paper cutter.